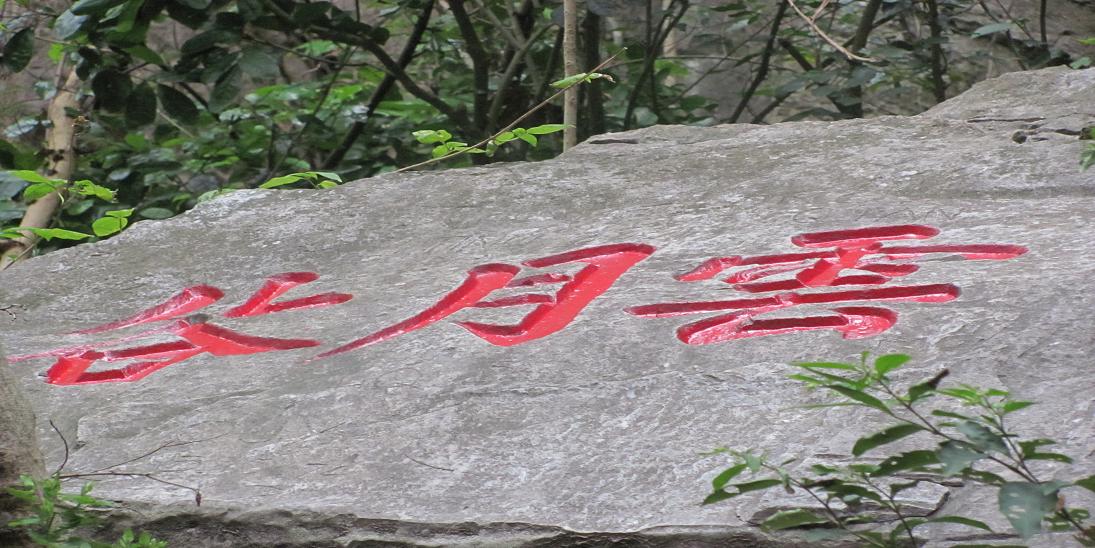 With a purpose of recording the name, location of each place, the monks as well as kings from Nguyen Dynasty had carved characters on stone steles at the mountains in Ngu hanh Son.

The small character on the sophisticatedly engraved ancient stone steles with high value of art is recording the year of King’s reign; it is also a Vestige of time which is existence in historical site during centuries.

With the size of 59 cm width and 96 cm heigh, the stele was set up by the monk named Hue Dao Minh at Hoa Nghiem cave on the mountain of Water in the year “Canh Thin” (1640)

According to professor Le tri Vien’s translation document, this stele records the name list of 53 Buddhists (Hoi an and Da Nang people, the Chinese and Japanese living in Hoi An)  who donated money with amount of thousands of golden, silver and copper pieces to built pagoda Binh An on Thuy Son mount ( former name “Pho Da Son”). It is considered the oldest one at this area with the value of history and culture.

On 23-2-2010, the monks from Pagoda JOMYO in NAGOYA, Japan, the descendants of the Buddhists and businessman from previous centuries visited Da Nang city and Ngu Hanh Son to gift an ancient picture “ Thac Kiem Quan The Am” (a famous Buddha) to Tam Thai pagoda. This picture was a gift from An Nam King to Chau An ship of buisinessman Chaya (Japan) when the ship arrived Hoi An ancient town 400 years ago.

This evidence shows that in the early 17th century, businessman from Japan arrived Hoi An port to do business; and thus, the relationship of cultural and economic exchange between Japan and Vietnam, especially Da Nang – Hoi An people and Nagaya people, was established 4 centuries ago.

The stele was set up by the monk named Hue Dao Minh at Van Thong cave on the mountain of Water in October of the year “Tan Ty” (1961).

There is a shape of the pagoda’s roof with two curve line on the top of the stele and 8 square frames (the characters “Ngu- Uan- Son- Co- Tich- Phat- Diet- Lac” are engraved on each frame) at the bottom. There are 14 sentences at the middle of stele and each sentence has maximum 20 words. To comparison with the stele “Pho da Son Linh Trung Phat”, the stele “ Ngu Uan Son Co Tich Phat Diet Lac” is slight different about decoration but the characters are the same. The monk Hue Dao Minh’s quote of speech is also on the steles.

The ancient stele on the walls of Tang Chon cave

There are two ancient steles on the walls of Tang Chon cave. Unfortunately, these characters are worn and cannot read it. They recognize that these steles were the same age with the two steles “Pho Da Son Linh Trung Phat” at Hoa Nghiem cave and “Ngu Uan Son co tich Phat diet lac” at Van Thong cave by some vestiges and decorating style.

At these two places, Minh mang King had set up two sand stone steles with two meters high, one meter wide. There are three ancient Vietnamese characters “Vong Hai Dai” on the stone stele, and “Vong Giang Dai” on the other; and next to them is a sentence with small size characters “the eighteenth year of Minh Mang reign (July, 1837)”.

The characters “Duong Hoa Son” – the mountain of Yang Fire, with the size (40cm * 40 cm) are enengraved on the wall of the top of Yang Fire Mountain.

The characters “Huyen Khong Dong” – Huyen Khong cave, with the size (30cm *30cm) in yellow are engraved on the wall next to the big Buddha statue in Hyen Khong cave

The characters “Van Nguyet Coc” and “Thien Long Coc” – cave for watching the moon rising and the cave of holy dragon, with the size (40cm * 40cm) are engraved on the wall of the cave Thien Phuoc Dia.

The characters “Tang Chon dong” – Tang Chon cave, with the size (40cm *40cm) are engraved on the left wall of the entrance to Tang Chon cave.

The characters “Van Thong dong” – Van Thong cave, with the size (40cm * 40cm) are engraved on the wall of the cave Van Thong on the way to the top of mountain (so called Heaven).

The ancient characters on stone steles engraved by the monks as well as kings from Nguyen Dynasty has precious value of history, and thus, Viet people from previous centuries highly appreciated religion of Buddhism as well as adored the beauty of the landscape.

Preserving the ancient characters on the stone steles at Ngu Hanh Son is not only mission of government board but also of each person in Vietnam.